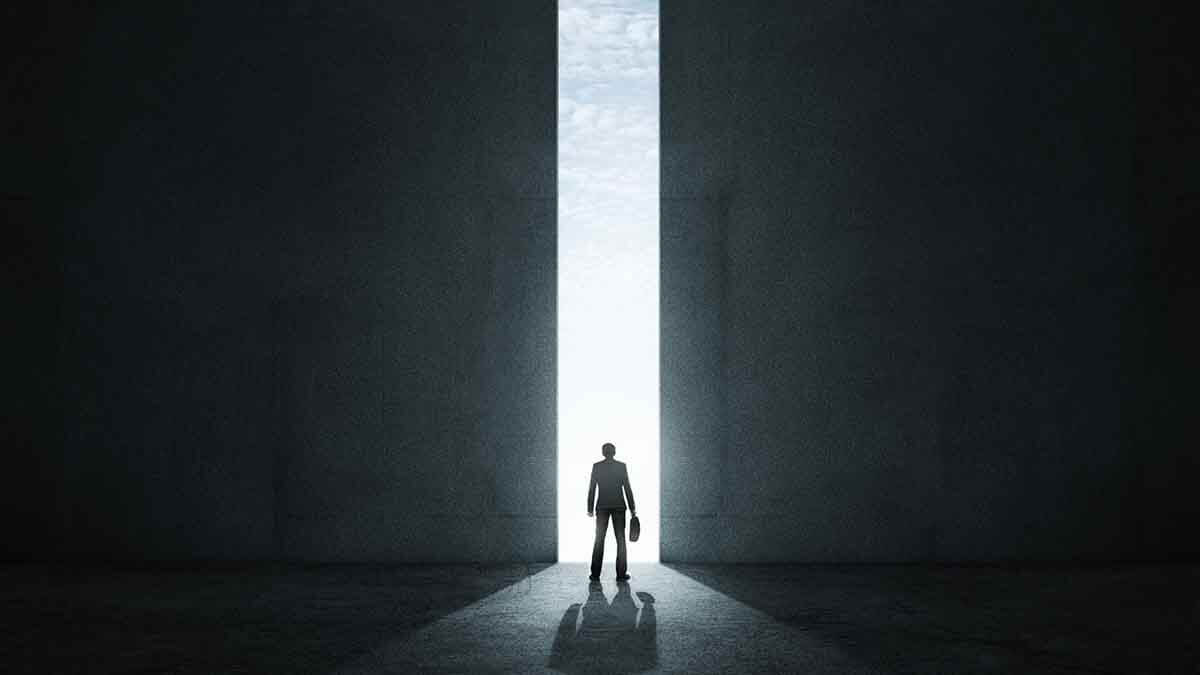 It’s natural to ruminate on the future; in particular, about technology adoption.

What changes will future technology waves bring?  Will we ride them to riches or drown under the weight of disruption? A Danish proverb warns that “Prediction is dangerous, especially about the future.”

A cycle of bad logic

Unfortunately, when we theorize, we can become more and more attached to our predictions. A cycle of bad logic begins when we seek evidence to support our preconceived ideas. The desire to predict could even inspire an ill-conceived Voice of the Customer project. “Ill-conceived” because it’s likely to be VoC in name only. An attempt to validate the initial, and likely flawed, guess.

A cycle of bad logic begins when we seek evidence to support our preconceived ideas.

The root of the problem

The root of the problem sprouts when we confuse our desire to predict with our ability. As physicist Richard Feynman taught, “The first principle is that you must not fool yourself and you are the easiest person to fool.”

Early feedback on technology adoption is often mixed. When any new tech emerges, there will certainly be rough edges. This is to be expected. But if we can’t see beyond the flaws, we  will adopt an overly pessimistic view. Note these shortsighted predictions by “experts”:

“This ‘telephone’ has too many shortcomings to be seriously considered as a means of communication.”
William Orton, President of Western Union (1876)

“Even if there were a trustworthy way to send money over the internet – which there isn’t – the network is missing a most essential ingredient of capitalism: salespeople.”
Clifford Stoll, (1995)

Consider that for the early decades of the 20th century, automobiles routinely had flat tires. To make a call on the first telephones, the recipient had to anticipate the event – so they could pick up the phone in advance. The resolution on the first digital cameras was terrible. But of course, innovators addressed all these problems in time. It is common to place too much emphasis on the initial challenges, instead of the potential.

Trap #2: Affinity for current products that a new technology would displace.

Current products are familiar. Therefore, we dislike threats to them. Our perception becomes warped because we see what we want to see. We don’t see what we don’t want to see.

Sir William Preece, Chief Engineer, British Post Office in 1876 was a bit skeptical about the new fancy, telephone system. He stated that, “The Americans have need of the telephone, but we do not. We have plenty of messenger boys.” Preece surely liked this system and culture. This affection for the status quo made it difficult to imagine how these boys could be replaced.

But surely, a more logical, scientific mind wouldn’t fall in this trap. Right? Think again. Thomas Edison, that champion of DC current prophesied that “Fooling around with alternating current (AC) is a waste of time. Nobody will use it, ever.” It’s easy to understand how this error happens. As Edison predominantly worked with DC current, he appreciated the benefits. Even his brilliant, scientific mind was fooled by his personal preference.

Trap #3: Ignorance about how a new technology might address customer jobs-to-be-done better than alternatives

Technologies can solve many problems. Can perform many jobs-to-be-done. As a new tech emerges, people can only imagine its usefulness in a narrow way. This confuses our thinking about technology adoption.

Potential investors in radio technology asserted in 1921 that “The wireless music box has no imaginable commercial value. Who would pay for a message sent to no one in particular?”

25 years later, Darryl Zanuck, film producer and co-founder of 20th Century Fox, could do no better. When asked about a future change from radio to television, he replied, “Television won’t be able to hold on to any market it captures after the first six months. People will soon get tired of staring at a plywood box every night.”

A contributing factor is our faith in technology experts.  This faith will fail us. Just because they understand a technology does not mean they’re also experts in all the ways it could be used. IBM scoffed to Xerox founders in 1959 that “The world potential market for copying machines is 5,000 at most.”

But surely, the drivers of the IT revolution had better foresight. Right? Alas, no. Ken Olsen, CEO of Digital Equipment Corporation (1977) stated that “There is no reason anyone would want a computer in their home.” Steve Jobs and Bill Gates saw more potential than that, but they too, had limited vision. As late as 1981, Gates stated that “No one will need more than 637KB of memory for a personal computer. 640KB ought to be enough for anybody.” Today, of course, that’s the size of a small image taken with a wristwatch!

This particular trap is understandable

Trap #4: Confusion about what customers can tell us

As we speculate about which technologies will emerge as winners, it’s tempting to ask customers for their opinion. But first, let’s consider what information customers can tell us in the first place.

Customers are reliable sources about:

Customers are unreliable sources about:

A new technology will fail at least two of the unreliable source tests. Likely all three. A customer cannot accurately guess how well the new tech could address their job-to-be-done. And clearly, they will not have experienced this gadget from the future. No wonder technology adoption eludes us.

We might be tempted to protest with an example. One might say “If we’re building something from aluminum,  we could ask them about titanium.  And the customer could tell us how much they value the light weight and strength of titanium.  Therefore, they can tell us accurate information about a new technology.”

In our attempts to anticipate how technology adoption will play out, we seem to be blocked at every turn.

Winston Churchill quipped “I always avoid prophesying beforehand because it is much better to prophesy after the event has already taken place.” But since we cannot avoid this entirely, a keen eye on these traps will keep us out of trouble. Let’s review avoidance strategies for each:

Instead of assuming that challenges with a technology will never be solved, instead, assume that they will be solved. The quality of digital photographic images steadily increased until it passed the film medium. Home PCs became easier to use until adoption became widespread.

Keep in mind that these “pains” aren’t always technical in nature. GPS technology wasn’t released for widespread use for decades because of US military restrictions. Digitally distributed music was restricted for legal licensing reasons for many years before becoming the norm.

First, we must recognize our internal biases. We must accept that our customers do not care what we want.  They do not care what we think. Second, we must encourage differing opinions within our companies. We should be slow to adopt  conventional wisdom and encourage our colleagues to challenge ideas. This trap is a bigger problem when employees are scared to speak up.

We will never be able to imagine all the applications for a technology.

Accept this limitation. We will never be able to imagine all applications. However, we should at least be aware of the unmet needs within our own market. With a robust Voice of the Customer program, including a vigorous ethnographic component, your company will develop deep knowledge about the unmet needs within your own space. Get in the habit of thinking, “What job might this technology help a customer to accomplish?”

ADDRESSING TECHNOLOGY ADOPTION TRAP #4: CONFUSION ABOUT WHAT CUSTOMERS CAN TELL US

Let’s not fool ourselves about what customers cannot reliably provide.  Instead, let’s focus on what they can tell us: their job-to-be-done  and their experiences. Even though they can’t directly give us the completed image that we need, they can at least provide a few pieces of the puzzle.

Looking to the future of technology adoption

When looking to the future, consider the words of Steve Jobs, that disruptor of many industries, “You have to start with the customer experience and work backwards to the technology.” Of course, we still have to make predictions about technology adoption. But avoid these four traps and we’ll do better than your competition. And that’s likely good enough.