The AIM Institute > Blog > The Executive’s Dilemma: Should the goal be to “Maximize Shareholder Value”?

The Executive’s Dilemma: Should the goal be to “Maximize Shareholder Value”? 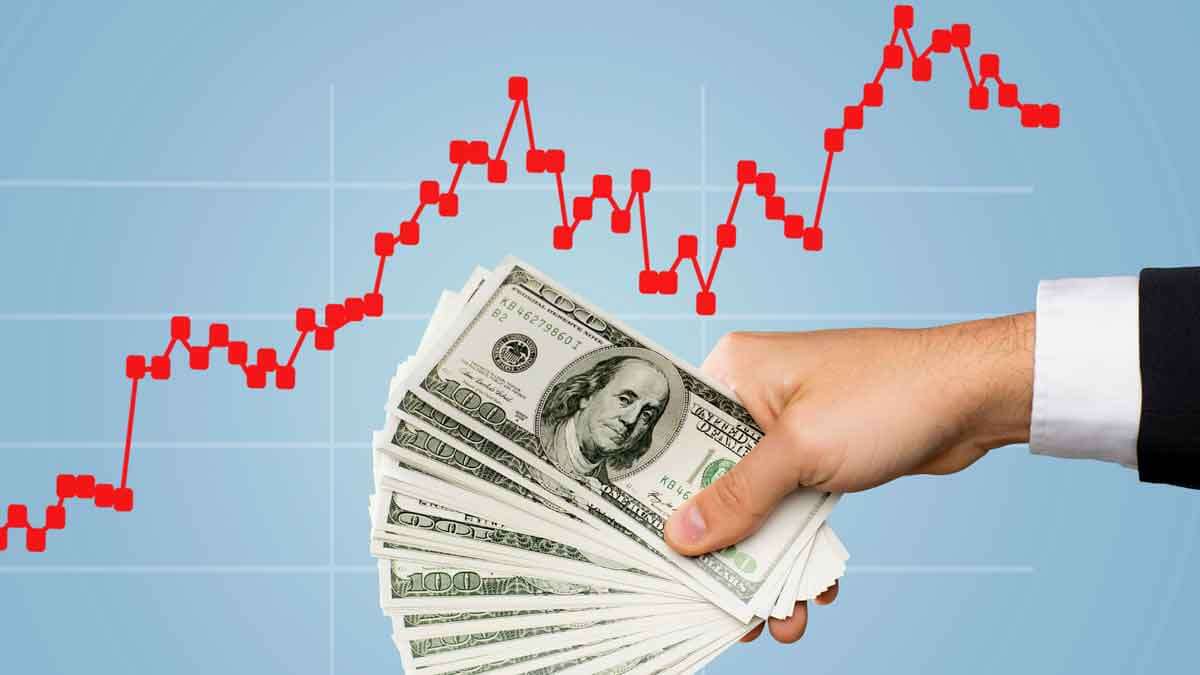 Surely everyone knows the goal of business is to maximize shareholder value. But how long have they known this? Only since 1976, according to Roger Martin (“The Age of Customer Capitalism,” Harvard Business Review, Jan. 2010). That’s when Jensen and Meckling published the most-cited academic business article of all time, “Theory of the Firm.”

“Maximize shareholder value” is now the pledge of allegiance recited in board rooms around the world. It is the North Star used to guide the decisions of the business masses. Take an informal poll in your office corridors and you’ll have a hard time finding a business concept as widely accepted as this one.

But is it right? Peter Drucker didn’t think so. He said the primary purpose of a business is to acquire and keep customers. What if Mr. Drucker had it right, and your entire organization has been navigating by the wrong star? What would change at your company if something as fundamental as its highest goal changed? What would happen if all companies eventually realized they had been chanting the wrong mantra… but you realized it before your competitors?

Consider a new goal: “Understand and meet the needs of customers.”

I’d like you to consider five points as you question your allegiance to maximizing shareholder value. Since nature abhors a vacuum, I’d also like to offer a new business goal to consider in its place: “The goal of a business is to understand and meet the needs of its customers. ”

Does the B2B vs. B2C distinction matter? Click here to learn the answer.

Ninety-five percent of shareholder value is driven by shareholders’ expectations… which can be manipulated.

When managing the expectations of Wall Street analysts conflicts with the job of building the firm’s long-term competitive strength, guess which wins? Any employee who’s been through travel restrictions, investment delays, and so on will tell you they indeed conflict. Employees say, “You know, this is the most important quarter in the history of our company”… and then—because it’s such a familiar refrain—burst into laughter.

If the executive team is driving with its parking lights on instead of its high beams, won’t the board of directors at least be concerned about investors’ long-term financial gains? That’s a pleasant but outdated notion. It’s time to stop thinking of the typical shareholder as a grandma in Peoria holding shares of stock for 20 years.

Perhaps we should replace the term “shareholder” with “share-handler.”

According to Clayton Christensen et al (“Innovation Killers,” Harvard Business Review, Jan. 2008), “Over 90 percent of the shares of publicly-traded companies in the United States are held in the portfolios of mutual funds, pension funds, and hedge funds. The average holding period for stocks in these portfolios is less than 10 months.” That hedge fund manager you were trying so hard to please last year has already dumped your stock. Shareholders have very little interest in the long-term health of your company, only in the appearance of long-term health. Perhaps we should replace the term “shareholder” with “share-handler.”

Companies that were successful often found they had created more illusions than reality. Jack Welch, the “poster child” for maximizing shareholder value was highly successful over his tenure. But GE shareholder value plummeted after his retirement. It’s been 10 years since he retired, and GE’s market capitalization is still only one-third of what it was when he left. It may be a long time before his successor(s) can “manage expectations” to the peak he reached.

Maximizing shareholder value is a lovely result… but a lousy goal.

And so it is with maximizing shareholder value. It’s a lovely result… but a lousy goal. You and your organization need something tangible and actionable to focus your training on… something that will in turn result in maximizing shareholder value. I believe that “something” is the value you deliver to your customers. Tell me to increase shareholder value and I struggle to identify something I can do as an employee that will raise earnings per share. Tell me to increase customer value, and I can think of a dozen things to do, many of them actionable, measurable, and beneficial to our bottom line.

Is this just semantics? I’m not certain. But I am quite certain of this: The organization behaving as though its goal is to understand and meet the needs of its customers will outperform competitors fixated on shareholder value.

If you’re the CEO and you think your employees are passionate about earnings per share, you’re out of touch.

According to Napoleon, “Small plans do not inflame the minds of men.” If you’re the CEO and you think your employees are passionate about this quarter’s earnings per share, you’re out of touch. If you have large stock options, you may be quite excited about hitting the earnings target… and that’s the point. Many employees will question their leaders’ motivation to reach a goal when those leaders benefit disproportionately —sometimes wildly disproportionately—from the achievement of that goal. Have you ever heard employees applaud when told that their objective is to maximize shareholder value?

And yet, these same employees, however, can become very motivated about delivering real and measurable value. As Steve Jobs said when recruiting John Sculley from Pepsi, “Do you want to sell sugar water for the rest of your life, or do you want to come with me and change the world?” Employees will quickly forget last quarter’s earnings, but years from now they’ll be telling their grandkids how they were on a new-product team that turned their industry upside-down.

In the halls of the boardroom, we’ll hear about the aims to “maximize shareholder value.” It may not be worth it to argue the point, but you can certainly point out a different (and more useful) goal: to “understand and meet the needs of your customers.” Two points of clarification: First, “customers” includes both existing and new customers, sometimes in new markets. Second, “meeting needs” must include both value creation and value capture. Value creation is a new offering that provides value beyond the customer’s next best alternative. Value capture is returning some of this customer value to the supplier through appropriate pricing. Done correctly, meeting customer needs will not reduce a supplier’s profits; it will increase them.

But why should the goal be to understand and meet—not just meet—customers’ needs? Nearly four decades of research says the new product battle is usually won or lost in the “understanding” phase… often referred to as the “front end of innovation.” Companies that directly engage their customers to understand their needs have operating income growth rates three times higher than those that do not. (“The Global Innovation 1000,” Booz Allen Hamilton, 2007)

When you see a gulf of 3X between good and poor practitioners, it should scream “opportunity!” I’m not sure what your corporate goal would be if you were engaged in a word-smithing exercise… but if you want to change behavior to drive profitable growth, I think “understand and meet the needs of customers” will do nicely. Maximize shareholder value? If we lead with maximizing customer value, many good things will follow.

We do get pressure to maximize shareholder value so….What to Do… What to Do?

The executive’s dilemma is to survive the short term while building the long term. Those short-term “share-handlers” will continue to form expectations, and the board of directors will continue to watch these expectations impact stock price. Consider a two-pronged strategy: 1) create a more balanced message, and 2) rapidly understand customer needs.

1. Create a more balanced message: A consistent stream of quarterly “good news” is one way of influencing investors’ expectations… but not the only way. The stock price of a pharmaceutical company is driven by its pipeline of new products… something that is “knowable” due to the public reporting of clinical trials. Consider ways to supplement the “backward-looking” metric of consistent earnings with appropriate “forward-looking” insight. You may not be able to ignore quarterly earnings reports, but take a cue from Steve Jobs or Jeff Bezos (who ran Amazon at quarterly losses for seven years) and look for other ways to inspire investors. The true market leaders and innovators seldom mention their desire to maximize shareholder value.

2. Rapidly understand customer needs: Regardless of your message to investors, you’ll probably need to show tangible financial results sooner than you’d like. Most suppliers are squandering over half of their R&D resources on new products that will fail… usually because customer needs were not understood. The shortest line between this state and blockbuster new products is to close the gap in understanding customer needs.

Of course, we do ultimately want to maximize shareholder value. It’s just not the most helpful goal, and it creates unhealthy behavior when we focus upon it in the short term. Here’s the best news: For most B2B suppliers, the gulf between how they currently understand customer needs, and how they could do so, is enormous. Compared to the consumer-goods buyer, the B2B customer is more knowledgeable, more interested, and more rational. Using new methods, skills, and tools, you can quickly understand customer needs in great depth. These are wonderful “B2B advantages”… but of course, an advantage is an advantage only if you take advantage of it.