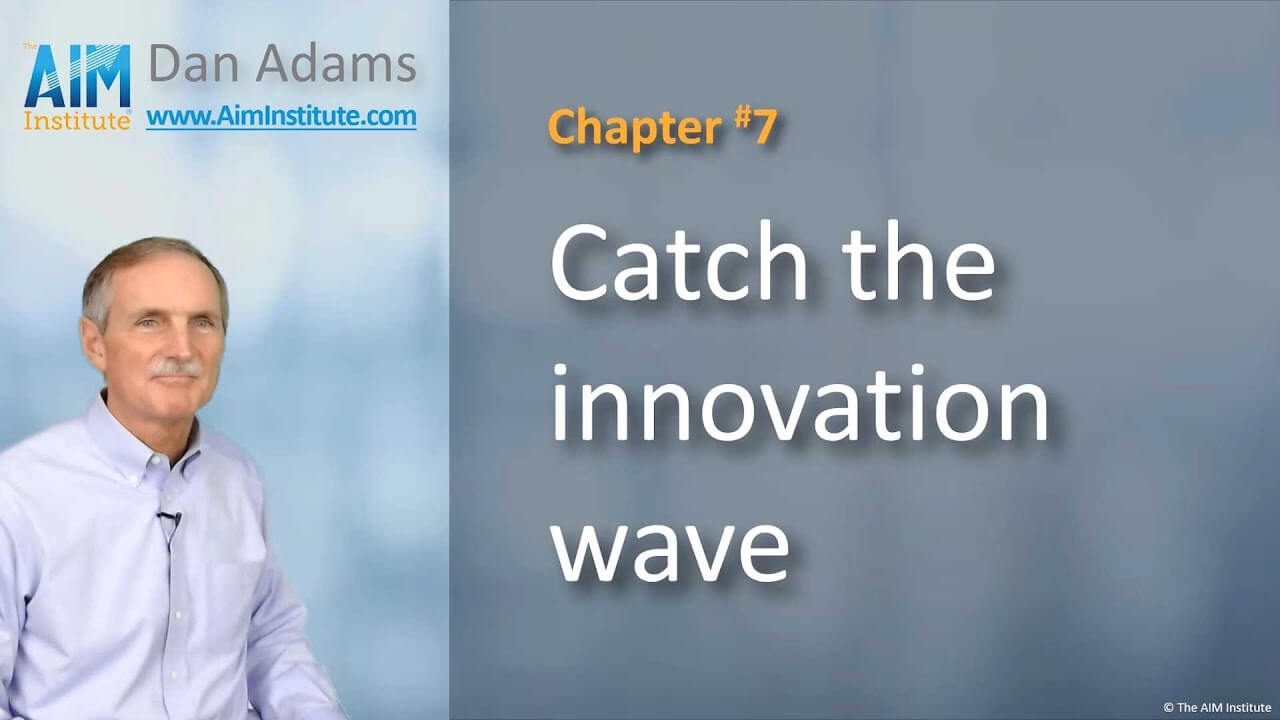 Subscribe to the series. Get 50 free videos, sent daily or weekly.

The earlier Quality and Productivity Waves separated winners from losers. The Innovation Wave will be even bigger because it never reaches a point of diminishing return—unlike earlier Waves.
b2bgrowth.video/7 Video length [2:13]

In an earlier video, we said how important it is to make market-facing innovation your central goal. Now let’s see why it’s timely as well.

In the middle of the 20th century, Dr. Deming told American business leaders to rely on statistics rather than inspectors to improve quality. They ignored him, so in the 1950’s, he convinced a little Japanese company called Toyota to use his methods.

And so began the Quality Wave. Between 1960 and 1980, Japanese global market share increased from 3% to nearly 30%. The point is… being early or late for a wave has consequences. Same with the productivity wave, with Lean and business process redesign.

This will also be true for the innovation wave. But here’s the difference: The first two waves apply to current operations, so they reach a point of diminishing returns. What do you do next if you have zero defects or a fully automated factory?

The innovation wave impacts future sales, so it has unlimited potential. Figure this out and you’ll reach that Holy Grail of business: rapid, profitable, sustainable organic growth.

The key is to look forward. Some generals have been guilty of planning for the last war. Improving quality and productivity are always a good idea, but that was the last century’s war.

The innovation wave promises to be incredibly exciting and rewarding. But you need to be the next Toyota… not the next Chrysler. My first rule of battles is… “You can’t win one you don’t know you are in.” So let’s be clear that today’s battleground is market-facing innovation.

Here’s a white paper with ideas to put you at the forefront of the innovation wave. In the next chapter, we’ll use this backdrop to help you re-think your major business initiatives.